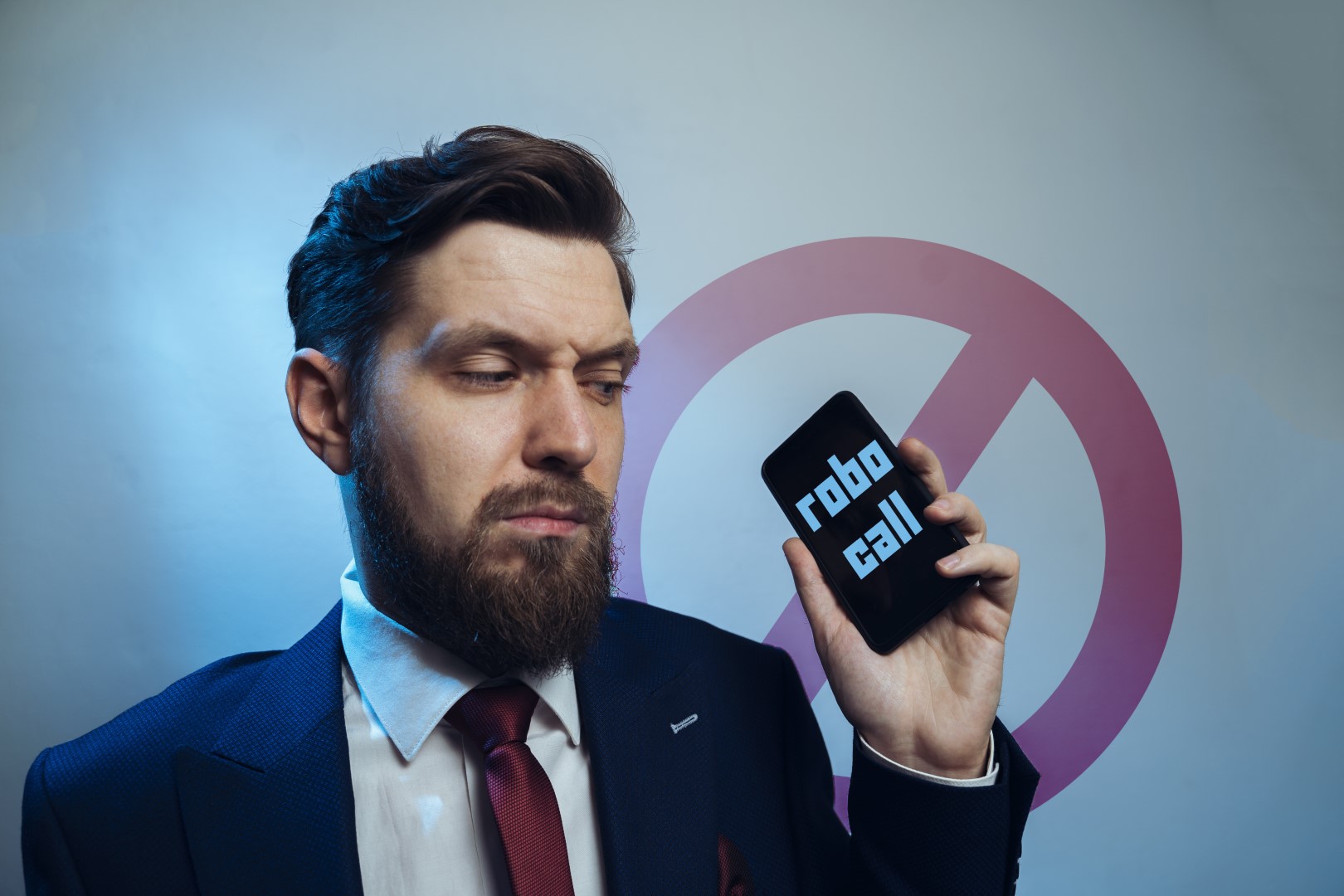 The coronavirus pandemic has not spared any business or industry from disruption, and that includes the disruption of large scale robocall scam operations.

Call centers and large-scale nuisance robocall operations scattered across the globe have bombarded consumers for years with unwanted calls, but the COVID-19 stay-at-home mandate has sidelined both bad actors and legitimate call originator campaigns. Look no further than the 15% drop in unwanted calls in the first half of 2020, compared to the same period the prior year, according to TNS’ bi-annual Robocall Investigation Report.

Across the board, robocall volume is down over the past year: nuisance calls eased 17% while high-risk calls dropped 14%. But how much of this trend will be permanent remains to be seen. First, call center operations will eventually get back up and running, which will likely lead to some degree of a robocall volume uptick later this year or early next year. Second, scammers have proven adept at evolving their tactics by adopting their pitches geared toward the pandemic. Third, bad actors will continue to look for vulnerabilities along the edges of SHAKEN/STIR, for example using TDM networks that haven’t transitioned to IP.

Data from our bi-annual report reveal compelling storylines on the state of robocalls in the US today – suggesting a pivotal crossroads on whether the tide has turned permanently against bad actors or if this respite ends up being short lived.

While COVID-19 drove a drop in nuisance and high-risk calls, bad actors have spent the past several months devising scams that feed on consumer fear and confusion sparked by the pandemic.

Scams targeting stimulus checks, fake test kits and cures, PPE, health insurance, and student loans are just a few attempts to separate consumers from their personal information and money. The Federal Trade Commission (FTC) reported 126,902 COVID-19 fraud incidents in the first half of the year, amounting to about $70M in losses.

And no age group is spared: for example, 89% of seniors receive at least one robocall per week, while more than half (56%) receive at least seven robocalls per week. And despite the fact that 45% of seniors received a healthcare-related scam call, only 21% reported that they received information from their healthcare provider on robocall scams – problematic as older Americans are vulnerable to COVID-19 health scams.

Despite the volume drop, more than 100 billion negative robocalls have been made the past 12 months. So, it should come as little surprise that most citizens are now hardwired to not answer calls from unknown or suspicious numbers.

While carriers are increasingly leveraging advanced data analytics to identify unwanted calls to warn their subscribers, many over-the-top apps still use less sophisticated techniques to block calls – some of which are legitimate and even critical. The need for a more surgical approach has become even more apparent during the pandemic: multiple state health agencies have made public pleas to answer their calls that are part of essential contact-tracing efforts.

It is for this reason we see leading wireless carriers working with state health agencies to roll out ‘Branded Calling’ initiatives that display the logo and information on the screen of an incoming call to improve answer rates for COVID-19 test results and contact-tracing calls. Based on TNS’ crowdsourced feedback data, the majority of wireless subscribers who have received a coronavirus-related call thought it was a scam, which means they aren’t answering the phone even if it might be from a legitimate health agency. The burden can’t entirely fall to consumers to try to differentiate legitimate calls from scam or nuisance calls, and the data suggest there should be as much focus going forward on making sure legitimate calls get through as there is on blocking unwanted calls.

Fraud has become easier as technologies like voice-over internet protocol (VoIP) calling have empowered criminals with both number spoofing capabilities and low cost robo-dialing. Providers that market “wholesale VoIP” allow any displayed number to be sent, which has enabled nuisance calls on VoIP telephone numbers to increase from 45% of the calls in 2019 to 48% in the first half of 2020.

While VoIP remains a key conduit for nuisance calls, data suggest that bad actors are simultaneously continuing to shift calling by spoofing  toll-free numbers. Unwanted and high-risk calls representing toll-free numbers jumped from 26% to 32% over the past year. Going back to 2018, when this figure was only 12%, we can see how this tactic has become a favorite among scammers tapping enterprise and government entity toll-free numbers to place high-risk calls. The move away from VoIP numbers also reflects broader implementation of STIR/SHAKEN framework by a number of major telecom carriers.

Neighbor spoofing, where scammers use a call recipient’s three-digit area codes and three-digit exchange to help convince them to answer a call, has gone down overall as many tier-1 wireless providers have implemented STIR/SHAKEN call authentication framework to make it harder to spoof wireless numbers. Tactics have shifted to using a call recipient’s three-digit area code as consumers become wise to tricks and spoofing is ultimately less effective.

The Presidential election is coming… and so are political robocalls

The pandemic wreaked havoc in 2020 with state primaries, many of which were postponed and altered in a way that gave bad actors the opportunity to seed confusion among voters. When compared to a typical week, TNS found that almost every state saw a rise in robocall activity of between 150% and 600% in the week leading up to their primary voting date. Not surprisingly the data suggest political robocalls will spike again as we approach the November 2020 Presidential election, not only from those seeking to impact voter turnout but also from those attempting to con voters into giving money to scammers that aren’t affiliated with legitimate campaign and fundraising efforts.

So much of the conversation around robocalls focuses on mobile devices. This is understandable given that fewer and fewer consumers have landline phones and office phone usage during the pandemic is almost non-existent. Our report finds that 40% of the total calls to wireline telephone numbers are unwanted compared to 20% for wireless telephone numbers. Overall, the total number of unwanted calls to wireline numbers has remained stable while the number of unwanted calls for wireless numbers decreased significantly.

Why are robocalls to wireline numbers 2x greater than volume to wireless devices? Bad actors and nuisance callers could be adapting to greater enforcement on the wireless side, as well as broader adoption of smartphone robocall blocking and detection apps. It’s also worth noting that landline phone users tend to skew toward older users, suggesting additional preferences for scams targeting elderly populations – particularly during the pandemic when health concerns are top of mind.

If we’ve learned anything in examining robocaller data and trends it is that bad actors will continue to adapt, and some factors leading to the drop in unwanted calls are not permanent ones. Robocall data for the past year tells a story of opportunity for policymakers, regulators, carriers and industry to use a period of time where scammer operations have been disrupted by the pandemic to continue to evaluate and execute their strategies.

Bill Versen is TNS’ Chief Product Officer. In this far-reaching role, Bill is responsible for overseeing the vision, strategy, development, management, and marketing of all TNS’ products and services globally. 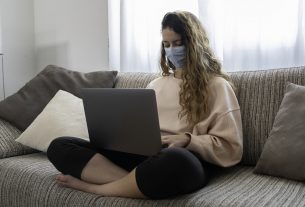 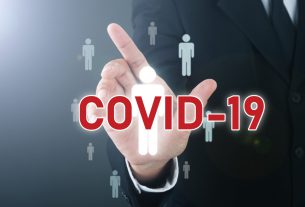 How Do You Manage Your WFH Contact Center Agents? 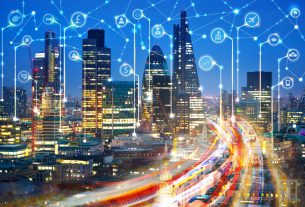