Contact tracing may have been a foreign concept a few months ago today, it is viewed as a powerful tool in stemming the spread of COVID-19. Last month, Apple and Google announced a partnership to put forth contact tracing technology. Recently, we saw Switzerland put the partnership’s efforts to work.

Leveraging the private proximity contact detection API, SwissCovid can transmit an anonymous identifier to devices to people within certain proximity.  According to Apple and Google, 22 countries have requested access to the API – this list includes a number of U.S. states, as well. The BBC notes a number of countries, including the U.K. are looking into the API as a plan B to proprietary projects in country.

“The use of digital technologies must be designed in such a way that we, as democratically elected governments, evaluate it and judge it acceptable to our citizens and in accordance with our European values,” wrote digital affairs ministers from the German, French, Italian, Spanish and Portuguese governments in a joint letter published in the press.

For now, SwissCovid still requires MP approval before its release to the general public. The expectation is to pass the measure by mid-June, as 70% of Swiss residents support the contact tracing app.  The team tasked with developing the SwissCovid app worked in tandem with the two tech titans to piece the project together.

“This digital tracing will not replace protective measures, but it is the best way to control the evolution of the epidemic,” said Alain Berset, Federal Councillor at the Swiss Department of Interior.

As the world reopens, Apple and Google will be putting best foot forward to support a flourishing global population through phase two and beyond. 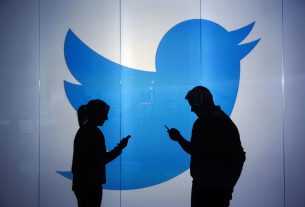