The campaign, sponsored by the World Health Organization as part of its polio eradication efforts, vaccinated 500,000 children, aged 4 – 59 months, over a one-week period in early 2019.  Data on acceptability of the PharmaJet Tropis® Needle-free Injection System (NFIS) was collected from 610 vaccinators and 4,898 caregivers.  Of those with prior needle and syringe experience, both vaccinators (97.6%) and caregivers (99.6%) expressed a strong preference for the Tropis system, citing ease and speed of use, appearance, and children’s response to the vaccination (less crying/discomfort).  Among caregivers, 94.7% said they would be more likely to bring their child for vaccination in a future campaign that used jet injectors.  Importantly, mean vaccine coverage among towns administering fIPV was 98.7% which was an increase of 18.4% over the preceding campaign.

“The polio eradication campaign in Pakistan further validates the PharmaJet Tropis product functionality, and the company’s operational readiness to support future campaigns,” said Ron Lowy, Chairman and Chief Executive Officer, PharmaJet Inc.  “We are particularly pleased with the close to 20% increase in coverage which is critical for the eventual goal of eradication of polio.”

We know now that this past February was also when Covid-19 was spreading throughout the world. Now, four months later, PharmaJet has announced that its Needle-free Injection System technology will be used to deliver a messenger RNA (mRNA) vaccine against SARS-CoV-2. The vaccine is being developed by Abnova Corporation, the world’s largest antibody manufacturer, based in Taiwan.

Abnova has established a comprehensive portfolio of fully integrated solutions to address the needs for responding to SARS-CoV-2, including a novel adjuvant that can further increase the effectiveness of their mRNA candidate. “We have taken a major next step toward mRNA vaccine development against COVID-19 based on the specific gene sequences generating successful antibody response from our DNAx™ Immune platform,” said Dr. Wilber Huang, President and CEO, Abnova. “We would like to complement the mRNA immunization with a needle-free platform to further augment the protective antibody response against COVID-19 with an impactful clinical outcome.”

“We are pleased to be collaborating with Abnova on the development of their SARS-CoV-2 mRNA vaccine,” commented Chris Cappello, President and CEO, PharmaJet, “Our system has been found to improve the immune response of multiple RNA/DNA vaccines, in addition to its proven ease of administration in wide-scale immunization settings.”

Certainly fear of injections is a barrier to getting them and in order to develop herd immunity more quickly, we need to ensure the most people are vaccinated. 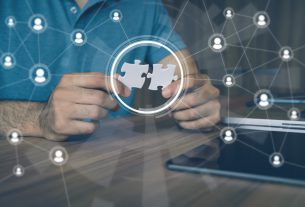 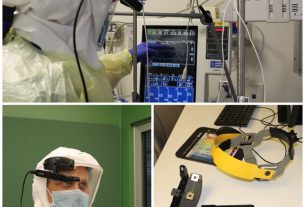 Aruba Launching Solutions to Support the Future of Work